Here in this write up we will cover up the Bond Yield Scenario of US.

Since the explosion of 2008 Housing Bubble the 30 Year & 10 Year Bond Yield went down to their lows.

In simple terms if we try to understand, after Lehman & Bear Sterns debacle people want to play safe and they were searching for safer bets like Risk Free Assets  so quite a big chunk of Money being parked in US treasuries. Thenthe US economy started showing some signs of Deflationary spiral because

To cope with this situation Fed Reserve went down on their Target Rate just to 0.25 and since four years no change in policy. Bond Prices increasing pushing the yields down and creating a bubble like situation. Not exactly a bubble but yes anytime the violent correction may happen. Question is WHY?

What can cause a sell off in BONDS?

I feel the FED Reserve Target rate could not remain stagnant here at this 0.25 level so it is bound to go up probably after couple of quarters so in 2013 we might see an increase in policy rate. To counter the deflationary signs the US Govt. printed Dollar currency like anything which allows the CREDIT to get flowed in the whole industrial belt. This gives a push to an economy a bit but not to a great extent because of the Unemployment Rate still @ 8.2%. But QE3 can strike anytime possibly in third quarter which really can incentivize the economy and GDP.

This will eventually lead to a fall in Bond Prices and Yields will go up. So I feel parking the money in US EQUITIES is relatively safer than BONDS. Here Dow Jones could get inched higher to the level of 14K.

Even the Conference Board Leading Economic Index (LEI) showed some improvement signs in the month of May & June by rising 0.3% so the Second Half looks bit better of this year for US Economy and US Equities.

After 2008 downturn there was lessmoney in the system so the Value of remaining Dollar just went up and it attracted the tag of Safe Haven in comparison to Gold so “The Value of Currency (Dollar) inching higher continuously”. And moreover the US Dollar is being owned by big foreign economies like China & Japan so the value of Dollar already touched 82 and could go possibly higher probably upto 88-90 (as I predicted in previous article dated 6th December 2011). I am not expecting much higher level because the US Govt.’s printing machineis on its roll so the Value of Dollar will start diminishing after a certain period of time might be after 2013.

The effect of possible downturn in Dollar could bring several changes in the world trade that I will altogether try to cover in my another article.

Emerging Economies – Second Half of 2012 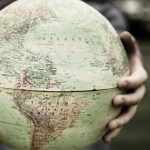