I want to share a small story before to write on actual topic, around 5-6 years ago after my work in the evening I was sitting in my locality and watching children playing but then one young boy 12-13 years old came up to me and we spoke a bit. But then he asked a question – “Look dark clouds in the sky so will it be a heavy rainfall?” I thought a bit and answered to him – “Looks like yes it may rain heavy.”

This small conversation made me think that if I could have a concrete answer then I could have answered him in a better way so he might have right education for his curiosity. Because whenever such kind of questions being asked then we usually use phrases like “Climate Change or Global Warming” for all answers related to CLIMATE.

I believe that many times children ask many intelligent questions and we can make them educate by giving intelligent answers, though they study all topics in school but as a responsible guardian/guide/parent we can try to impart some education from our side too. I remember when I used to teach street children mostly were from family where abuse and single parenthood, they didn’t have resources to study or could manage to go to school. When I taught them at first it was hard because their language had many bad words but later they showed the real interest in studies and I taught them Geography and English. Some of them even learnt to write their name and knew the surrounding countries around the border of India. That gave me immense pleasure and joy that my effort of imparting some values in them will make the YOUTH of country strong, they might spread this education further to other children in their life.

I didn’t want to digress from the original topic but this story and my thoughts make me always motivated to write in an educational way so children and even adults could enhance their knowledge and could give to others.

Let us start our topic – FIRE and SNOW.

Have we ever noticed that we always speak about the AIR we breathe in Atmosphere? But do we really understand the ATMOSPHERE so to find the answer first we will understand the SPHERES of EARTH.

There are 4 spheres for EARTH:

It contains the cold, solid part of land of planet’s crust or surface, the semi-solid land beneath the crust and the liquid land near the centre of the planet.

It contains all solid, liquid and gaseous elements of planet, it ranges from many kilometres inside the Lithosphere and upward about 12 kilometres into the atmosphere. A small portion of water in the hydrosphere is pure and rest almost 97% of Earth’s water is salty.

It contains the living beings of planet includes microorganisms, plants and animals.

This is the term which we talked about when I mentioned about AIR. It contains all the air on the Earth. It ranges from 1 m below the Earth’s surface and more than 10000 kms above the planet’s surface. The upper portion of the atmosphere protects the living beings of Biosphere from the SUN’s ultraviolet radiations. When the air temperature of lower portion of atmosphere gets heated or cooled then the WEATHER also changes.

To understand our topic we need to go deeper in the sub layers of ATMOSPHERE.

Atmosphere is sub divided based on the temperature and this varies with the height from the Earth.

After studying the layers in the atmosphere we deal mostly with Troposphere and Stratosphere, even our topic is also dealing with these two spheres.

I mentioned about FIRE and SNOW, now we will understand what kind of FIRE is having an impact on climate and what we experience as a result.

As I mentioned above that the AIR present in our atmosphere has many millions of solid particles and liquid droplets. The quality of AIR we breathe is not good as it looks clean because it has AEROSOLS.

AEROSOLS can be found in the air over oceans, deserts, mountains, forests, ice, and many other geographical areas of our ecosystem. AEROSOLS are very tiny but their impact is huge to make a change in the climate.

Climatologists categorize these AEROSOLS based on their chemical composition, main types are

To understand AEROSOLS better let us divide in two categories –

Almost 90% of AEROSOLS contribution comes from the natural sources. I mentioned above two types of FIRE – Forrest Fire and Volcanic Fire. Both are the biggest contributors of AEROSOLS in the atmosphere due to these two activities.

As we understood the types of Aerosols and the sources now we will move to the side of IMPACT of Aerosols on CLIMATE.

Aerosols have a major impact on climate based on their chemical properties. This happens when aerosols react with the incoming SUNLIGHT. We can again categorize into two ways – ABSORPTION and REFLECTION.

Aerosols effect on light depends on the composition and colour of the particles. Bright coloured or translucent particles tend to reflect radiation in all directions, aerosols like pure Sulphates, Nitrates reflects sunlight and send it back to the space. So which are the aerosols which reflect the sunlight, they are –

All the above aerosols react with sunlight and reflecting it back to the space, this results that sunlight does not reach to the Earth and the result is ‘Surface Cooling’.

For an easy understanding this picture of Volcanic Eruption will explain how it produces Sulphates through ASH.

For an easy understanding this picture of Volcanic Eruption will explain how it produces Sulphates through ASH.

Another impact of aerosols when they absorb the sunlight, these aerosols are –

Black Carbon aerosols absorb all the sunlight and results in increase in global temperatures.

Effect – Huge amount of black carbon produced and some organic compound also but primarily there will be an effect of rise in global temperature due to constant burning of trees. But we need to understand when all the forest burnt down then plain land left which ultimately reflects sunlight; this has resultant effect in COOLING the surface of Earth.

Both the incidents are capable enough to drop the global temperatures for the coming 2-3 years.

I am still trying to study in depth the climatic effect of Aerosols through natural events but for that I will get in touch with Geologists and Oceanographers then I could write further on this topic. I tried my level best to give basic understanding of CLIMATE CHANGE.

Next time when any kid asks about climate then we have some scientific reasoning to explain rather just saying “GLOBAL WARMING and ICE MELTING at POLES”.

A tool which is very useful to understand the climate change by measuring the AEROSLS is RADIOMETER. It measures the ‘Optical Depth of Aerosols” which used by the climatologists to predict the pattern of climate.

I observed this is an ongoing natural activity of Rise in Temperature and Cooling down due to natural events but a real huge change in CLIMATE can come when there is a change in orientation or angle of Obliquity of Earth’s Tilt.

These three are very extensively explained in the books which will take a huge separate article to write but still I made an effort in one article called “Astronomical Cycles” wrote on 23rd Dec 2020, link is – https://inkinsights.com/?p=920

In the article link mentioned – I explained to some certain extent all the above 3 mentioned reasons of climatic change.

With my attempt to write an article on Climate – ‘Fire and Snow’ I put forward the scientific reasoning which satisfies my own questions to myself. I hope even it helps the readers whether children or adults because ‘Learning Never Ends’.

Disclaimer: All the facts and figures are collected from websites for which sources are given at the end. If I made any mistake then pardon me since I am from the field of Economics and Finance but have interest in Geology and Oceanography. 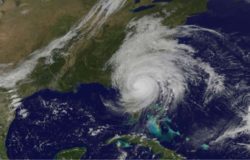 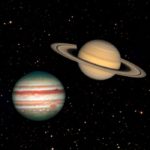