The day of 30th April 1945 entwine with the death of Adolf Hitler, the most dominant Nazi Dictator of Germany from the period of 1933 to 1945. He was the one who made Germany very strong after the World War I. Everything is very well explained in the book called ‘The Rise and Fall of the Third Reich’ by William L. Shirer.

In the World War II he was undefeated till the Battle of Stalingrad on 2nd February 1943, Germans lost heavily and Soviet Union was victorious. But after this defeat the actual fall of Third Reich started and finally Berlin was captured by Soviet Union in 1945. This made the end of Nazism but Hitler didn’t surrender and shot himself on 30th April 1945 this is what the world knows. But is this the truth? I tried to read the documents and various short films/documentaries available on the internet to unravel the mystery of his death. Let us know this mystery.

There was lethal shelling in Berlin by Soviet Bomber planes so in the final days of war around in January 1945 Hitler and his senior staff had moved to underground bunker which was about 8.2 metres beneath the garden of the Reich Chancellery Building. Hitler had spent almost 3 and half months in that special air shelling proof bunker. This bunker had almost 30 rooms so all his senior staff could get accommodated. 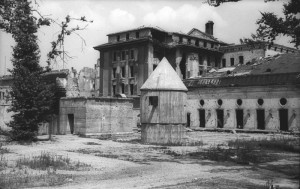 In mid-Aprilthe Red Army started the Battle of Berlin and attacked the German front line positions and surrounded the Berlin city. Looking at the no escape situation all chief personnel advised Hitler to surrender but he adamantly denied. On 28th April Hitler got the news of brutal execution of Italian Fascist Dictator Benito Mussolini, he got real scared. Allied troops captured Italy then Mussolini along with his 5 officials and her girlfriend Clara Pettaci executed and hung upside down for public display in Milan. This shocked Hitler and he expected the same sort of punishment if he gets caught by Red Army.

On 30th April 1945 he decided his fate and ordered his guards to leave him and his beloved girlfriend alone in the bunker’s room. He shot himself on the right hand side of his head with a pistol and his girlfriend Eva Braun poisoned herself by Cyanide capsule. After sometime guards came in and found them dead then they carried their bodies out of the bunker and set to fire with the help of petrol and buried in the chancellery garden. On the same day the most devoted family of Joseph Gobbles and his wife Magda with their six children also had poisoned themselves with Cyanide capsule inside the bunker. 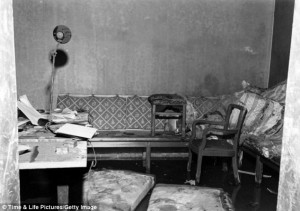 Finally Germans lost the battle and Soviet Union soldiers captured the city of Berlin and Chancellery building. Soldiers recovered the bodies of Gobbles family and recognized Hitler and Eva because their bodies were only half burnt then they claimed Hitler is dead. On 2nd May 1945 Joseph Stalin (Leader of Soviet Union) arrived and personally inspected all the bodies, he ordered his men to cremate all of them outside the town of Shonebeck which was 11 km away from city of Magdeburg. They had a fear that the burial site of Hitler could become a place of worship for Nazi idealists so the bones and ashes being thrown into the Biederitz River. But the skull and bones of Hitler and Eva were spared then they got secretly transferred to Moscow for a Secret Archive.

Nazi Tyrant regime ended but the Soviet Government was not convinced with the general consensus of Hitler’s suicidal death. The Soviet premier Stalin decided to launch of an investigation to validate Hitler’s death and the name of a secret operation was ‘Operation Myth’. During this operation almost 800 men got questioned and the primary person was ‘Otto Gunsche’ the personal guard of Hitler who was standing outside his room when he shot himself. He was the first person who entered in that room and found them dead.

Even FBI (Federal Bureau of Investigation, USA) investigated and prepared a 700 page report. Some of the excerpts of this report are still available on the FBI’s website. If someone wishes to read then I am providing the link of it – http://vault.fbi.gov/adolf-hitler

Again in 1970 chief of KGB (Soviet Union’s Secret Service) Yuri Andropov investigated the facts. I can’t put all the facts of investigations in this article because it would be too long to cover everything.

During investigation some shocking facts had been revealed –

Investigation teams stunned with the facts and they went further to search every tiny thread of this mystery. If the skull didn’t belong to Hitler then who was the person who shot himself and who was that lady? What actually happened on 30th April 1945? Did Hitler escape? How did he escape and where did he go?

Hitler became Chancellor of Germany in 1933, since then he had a focus on Argentina. He had few people over there who supported Nazi idealism. This made Hitler to think about Argentina and he had special plans which he shared with German Intelligence, then German Intelligence started preparation of a secret naval base at South Argentina. If you see the map of Argentina carefully then check at the tip of South Argentina that was the point exactly the Fuhrer U-Boat number 530 arrived, there was a secret naval base of Germany. The special expedition team sent to Antarctica in 1938 to make another secret naval base at Queen Maud Land Antarctica which is very near to that tip of South Argentina, the‘New Swabia’ name given to a Norwegian territory in Antarctica.

There were some hollow portions under the icebergs which Germans use to hide their submarines. Nazi scientist’s thinking and technology was so advanced that time, they prepared ‘Flying saucers’ (UFOs) which could fly 2000 Km/hour. They were also in the making of Nuclear Weapons that is why they created a base at Argentina and Antarctica. Just imagine the foresightedness of Hitler how he used his connections in Argentina first and gained popularity for his Nazi party then with the help of loyal Argentina people he created naval base which he finally used in his escape journey.

When Hitler escaped from Berlin’s underground bunker he was 55 years of age then he further survived many more years comfortably in Argentina. He died when he was around 70 years of age. He raised two daughters in the seclude places of South Argentina. There was no evidence of when exactly Eva Braun died. Martin Bormann who was the key person who handled all the finances of Nazi Party. Now the irony was many American companies like ITT, IBM, Ford, etc. were involved in the business with Nazi party during war. These companies made huge profits in WW II. IBM kept all the record of Extermination Camp prisoners, Ford was the company who supplied trucks to Nazis in war. On the other hand America was one of the allied forces against Germany, what an Irony! Stalin, Eisenhower and Edgar Hoover (FBI Chief) all knew that Hitler escaped to Argentina but after the war there were huge economic problems due to which they took this issue under the carpet and let the Hitler live for few more years.

One can read the book ‘Grey Wolf’ by international journalist Gerrard Williams and military historian Simon Dunstan, in this book all the facts and evidences were given which shows how Hitler escaped from Berlin.

The location site of Bunker in the Berlin today is being converted into a park where an information board installed on which a diagram of bunker is given. 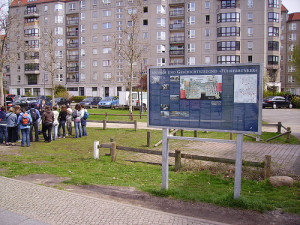 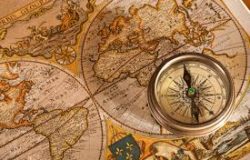 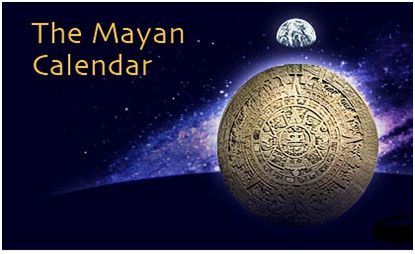