All around the world Inflation is the biggest concern as we are witnessing the Anarchy in the North African Region, it started from Tunisia, spread to Egypt and now Libya.

The other countries which are facing the civil unrest – Yemen, Algeria, Morocco, Syria, Jordan &Saudi Arabia. The main reason of this Anarchy is Inflation, Unemployment and poor standard of living conditions which finally made the people to come on the streets against their autocratic rulers.

What is the impact of this civil unrest?

Rising Brent Crude prices, right now it is trading in the range of $110-$115 per barrel, the reason is “Suez Canal”. This is the Canal through which the Brent Crude supply happens the most, this reaches to the European region through this canal. That is why we saw a huge difference between WTI Crude (Refined Version) and Brent Crude. Brent is being widely used and remember we also import Brent only. It is a big dent on current a/c deficit also. If this unrest touches Saudi Arabia then it could create a huge ripple in the Brent Crude prices.

WHY: See the Chart 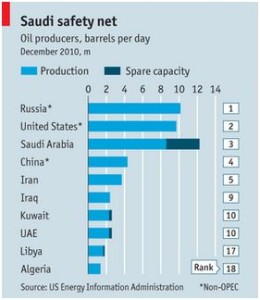 Natural disaster is out of control and it is shaking the economic environment of Japan and other economies also. Energy prices are shooting up and the most important point to mention—–“Eurozone Debt”.

Now how the Eurozone Debt is related with Japanese Earthquake;

Japanese Insurance Companies specially “Nippon Life” bought Euro bonds heavily in the month of January 2011 when they were being issued by Europe for the rescue of PIGS countries (PIGS – Portugal, Ireland, Greece & Spain). It will create a fear of fall in bond prices which might rattle the Eurozone Debt Crisis.

In 100 years history of US Dow Jones registered a 90% + gain from low level two times only. Once happened in 1935 when it bounced back and fully recovered after great depression and then happened after Second World War.

This time also after touching the low of 6469 in Feb 2009 Dow Jones Index touched a level of 12400 which itself recovery of 100%. Already US is carrying the record amount of Fiscal Deficit which is really bad for any developed economy.

Now Dow Jones could start tapering off and could come down to the level of 10800.

South Korea resume the trend of Tight Monetary Policy which then followed rigorously by China to control the bubble in real estate prices and huge spending on Infrastructure.

Now it’s the time of our country to tighten the screw. We already increased the Repo & Reverse Repo.

In the coming months RBI will increase the rate by 100bps more from the present level.

The impact of Monetary Tightening on Banks & Equity Market

The total disbursal by banks around Rs. 9Lakh Crores which created a huge imbalance in Credit-Deposit Ratio.

All because of Stimulus money – cheap credit available to Small Companies and Big Companies. This heavy lending by banks made them prone to heavy NPAs in future. Now for this year RBI instructed all banks to increase the deposit and to make the lending strict by increasing the lending rates.

This will result in heavy pressure on margin of banks.

The roll back of stimulus is already started and it is creating a shock wave. The commodity prices will create a pressure and Metals will remain subdued for another two months. 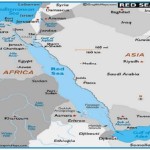