The European region is getting riskier day by day because of the ballooning debts of PIGS including Ireland. It is creating a threat to EURO currency and recently EURO is declining against some major currencies like:

Why this fall in Euro currency:

The debt crisis of PIGS is clearly hurting the EURO as a currency. So we will try to study the current picture of PIGS Debt.

Here the position of Greece is very critical despite of first rescue package worth of $146 billion and then second bailout of $168 billion being shared by ECB (European Central Bank) and IMF (International Monetary fund).  Its Debt to GDP ratio is second highest in the world after Japan.

The Italy was not on the radar of ECB but recently the 10 year Bonds slumped and the regulators banned the naked shorting of Bonds & Equities with immediate effect. Many Italian Investment schemes which are being run by major Italian banks are on the verge to collapse due to which the equity prices of banks took a nosedive. Important point to be noted that Italy has to repay almost $500 billion to France which is roughly around 20% of French GDP.

Spain is fairly less vulnerable compared to Greece and Italy as far as Debt to GDP ratio is concerned. But the Spanish Economy has low per capita GDP Income and the 20% Unemployment Ratio is also alarming. The big threat for Spain is from Portugal and that we will study in next point.

The Portugese economy is a small economy and with such a high Debt to GDP ratio could lead to default for such a small economy. Moreover one-third of Portugal’s debt is held by Spain so major ratings agencies had already reduced the credit ratings of Portugal and Spain.

The Irish economy has the worst External Debt as per its size.

Above all economies showing a very gloomy picture for the whole European region because all the debt is somewhere entangled with major economies like France, Britain &Germany.

It is very tough to predict the default because till now all are being saved by ECB & IMF but the question is Till When? All these shaky economies might have some pressure on Euro currency which are witnessing these days and this is hinting that the coming three months would be difficult for the world markets including emerging equity markets.

Some 2-3 years down the line we could see a terrible situation for France, Britain & Germany. 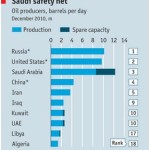 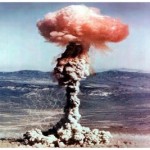